Welcome to one of the most comfortable tool belt in the world. This Buckaroo belt helps you get organized. This tool belt is designed to be customised, because we know every rig is different. Create a belt that works for you by attaching the right accessories, tool frogs, and bags/pouches in the right places to suit your needs. Pair this with one of our suspenders for added support and weight distribution, because we know a long day's work can be tough on a tradies body.

Select ONE SIZE LARGER than your standard pants size.

Please note: We will NOT refund the shipping costs for the incorrect size when using the sizing suggestion. This is solely the customers responsibility.

Adding product to your cart

The combination of materials used on our belts allow them to last under the harsh conditions in which they are used.

Only 100% natural Australian Wool Felt padding is used to avoid irritations to the wearers skin. being natural, it breathes in warmer climates and insulates in cooler climates.

When selecting your tool belt we suggest you select one size larger. than your standard pants size.

We recommend this due to the thickness of the belt and to account for a jumper under the belt during the colder months. Our range of tool belts are as versatile as they are aesthetically pleasing and can be easily customised to cater to any trade application. Buckaroo tool belts are designed with long wear and support in mind and provide sturdy back support to any wearer. A Buckaroo belt is a mate for life and therefore is a carefully considered investment piece.

Thank you for submitting a review!

Your input is very much appreciated. Share it with your friends so they can enjoy it too!

I have been on the tools for 35 years and this belt is by far the most comfortable and the back support makes a huge difference. best regards Jason Taylor

Love the belt. Will be buying more belts at a later date

Very well made good belt and good company to Deal with 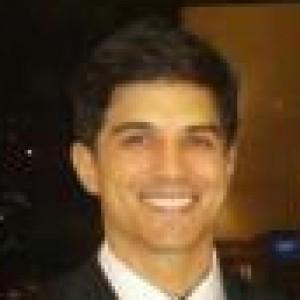 This belt is so much better than anything else I have used or seen other guys using. The belt is both well made, durable and lightweight. The felt padding breathes well and provides good padding and support for the lower back. Having a secondary belt to hold the tool/nailbags that is attached to the main belt is such a great design choice because it keeps your bags on your belt at all times. It’s a wonder this wasn’t the norm all along. Best tool belt I have ever used and would recommend it to anyone that wears a tool belt for any amount of time.

should have done it a long time ago!

I have tried my hardest to not spend a fortune on my tool belts. I don’t have to wear them every day and really don’t feel in the league of some of the pro’s carrying their EDC tools. in avoiding the high end belts, I finally realized that I was spending more both in terms of money and aggravation on “cheap/not cheap” belts than just getting one and forgetting about it. The suspenders on the last belt I bought started freying almost immediately and then stretching out - requiring constant attention. I am a one horse operation, and I switch tasks frequently and so may tend to have an odd array of tools at any given time…tools equal weight and that is the other thing I noticed with the last belt - I felt weighted down. I also dislike the bags being able to move around. That “double belt” is probably what first drew me to buckaroo. once I ordered it, the previous belt seemed to be taking it personally and seemed to always need something. I stand here to day mystified by my procrastination. when it comes to tools I am not afraid to buy the best, but for some reason I didn’t apply the logic to my belt. This is my second day wearing the belt, not only does the load seem less, it is the east on and off as well as the stability that just keeps endearing me to this belt. Aside from my feelings of stupidity for not doing it sooner, I just feel immeasurably satisfied. As I have gotten older, I have realized that my stamina isn’t what it used to be but have used hard earned wisdom, planning and strategy and tools to maintain productivity. I am not a guy that needs to build a fire with wet wood and no matches to earn my manhood…and I am sure there would be plenty of neighbors that have already made fun of my titanium hammers that would now make fun of a fancy tool belt from the other side of the world…but while they are talking, I will be working and loving every minute of not being distracted by the failings of my tool belt. From the craftsmanship to the function this belt is absolutely unbeatable. Despite numerous back issues the load is divided and supported so that even with a day on concrete floors, I still feel good. Do yourself a favor, and just try it. All those old tool belts that I have cost way, way more than this when you add up the cost, but then you have to account for all the time I have spend messing with them - instead of getting my work done. Awesome belt!

Quality, practicality, longevity and premium design underpin the ethos of a Buckaroo belt. We use genuine leathers and high performance materials to guarantee your Buckaroo will work hard and go the distance for you — built for the harshest of climates.

Your Cart is Empty